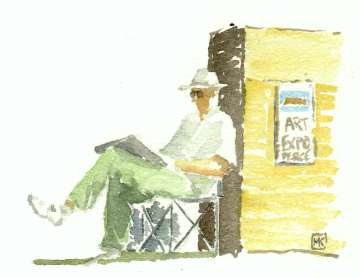 The Université Laval conducted an International School for the Visual Arts at Percé, Quebec, during the summer. I journeyed there near the end of July, 2003, to teach and lead 16 students in a week-long seminar called Carnet de voyage/Aquarelle de voyage (sketchbooks and travel watercolours). It was a wonderful week with une belle gang -- an excellent group of adults with experience ranging from almost none (with watercolour, although all were familiar with drawing and oil/acrylic painting) to professional.

Clockwise from top left: La maison James, built by New York painter Frederick James in the 1880s, is the headquarters of the school--students paint outdoors all over the town of Percé, and use James' studio as the main atelier and meeting room for the class; the group and I, with La Rocher Percé in the background, at the James house; the atelier; and, on the final afternoon, the students present their work in a vernissage to which the general public is invited. 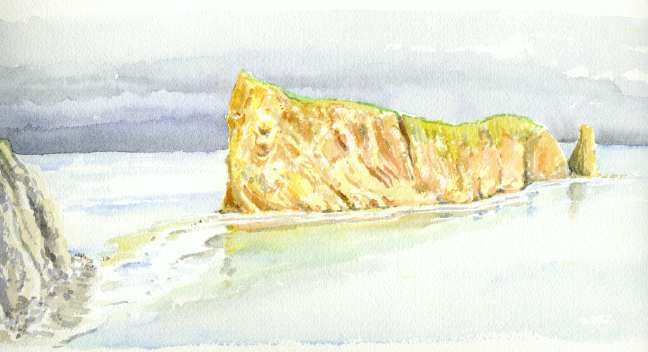 Everyone produced multiple images of the enormous Percé Rock -- I was fascinated by the effects of the changing weather and light, and the steady stream of people--mere dots in the distance--walking across the narrow sandbar at low tide. On the grey day the sea was flat calm; on the blue day, a brume--a mist, a fog, rolled in off the Atlantic and briefly wreathed the rock. 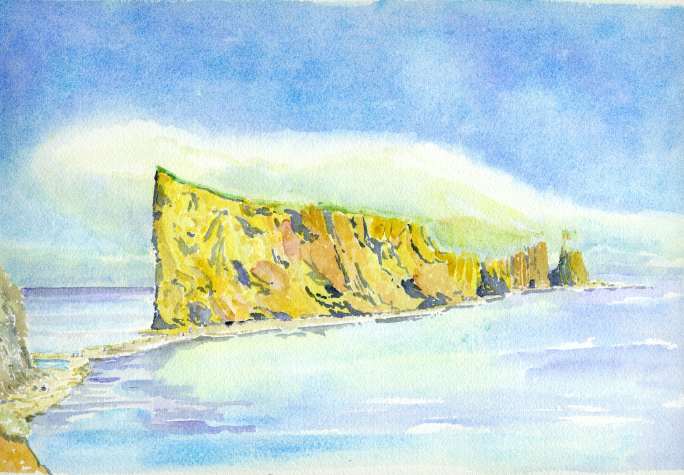 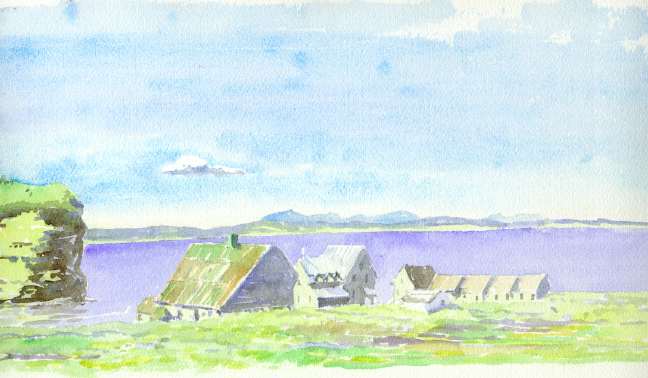 The view more-or-less north across the bay takes in the old Biard's Beach property, a very old farmhouse and barn with a set of cabins built in the 1920s or 1930s and used as a resort until the 1990s. It is intended to be incorporated into the university's operations in Percé.