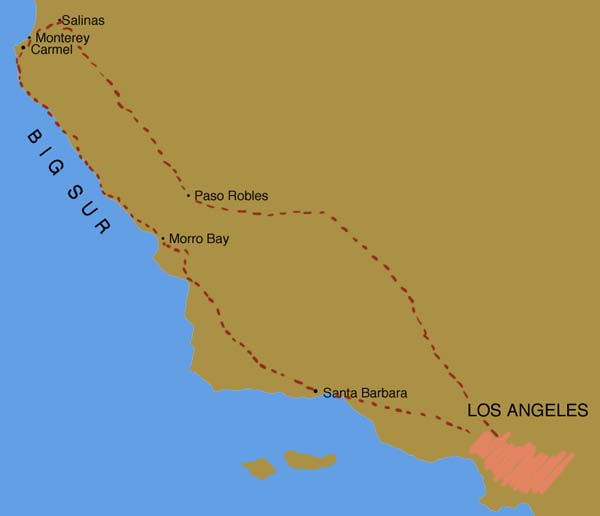 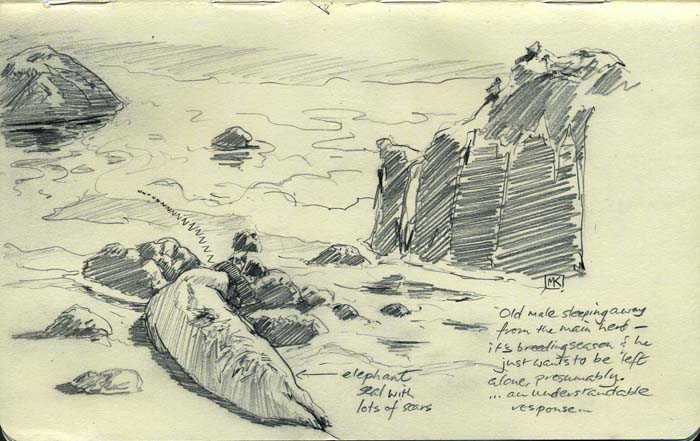 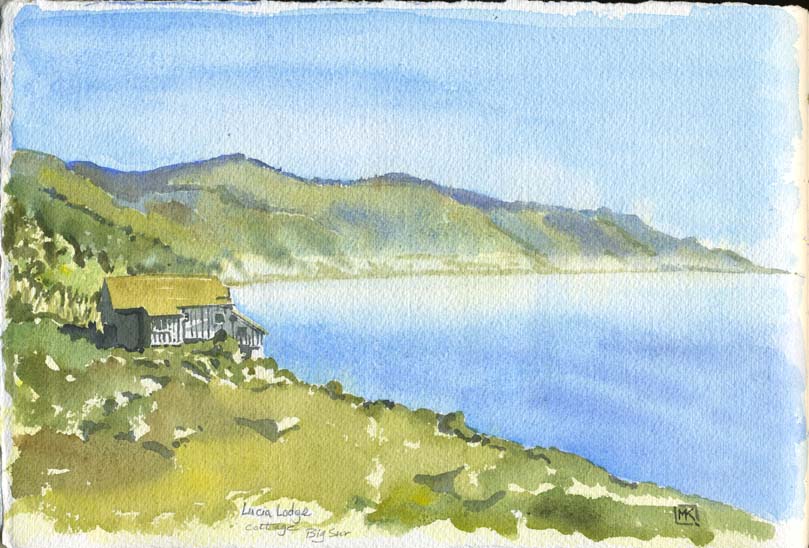 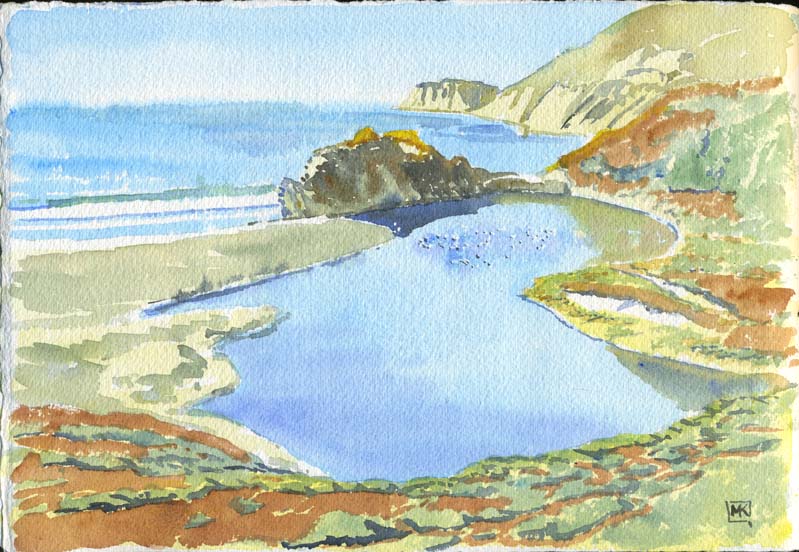 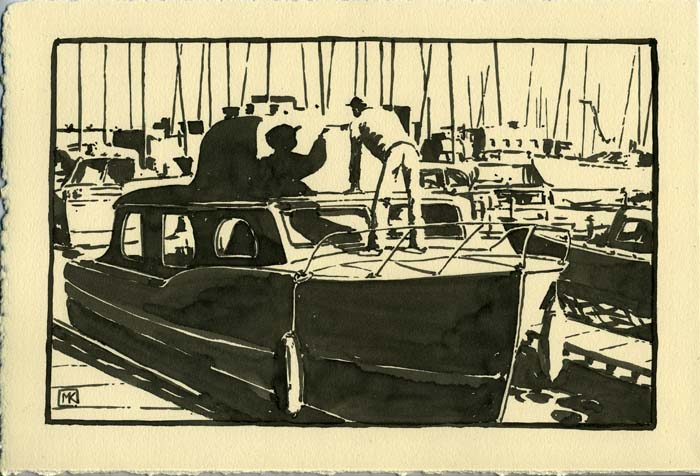 A different type of painter at work in Monterey Bay 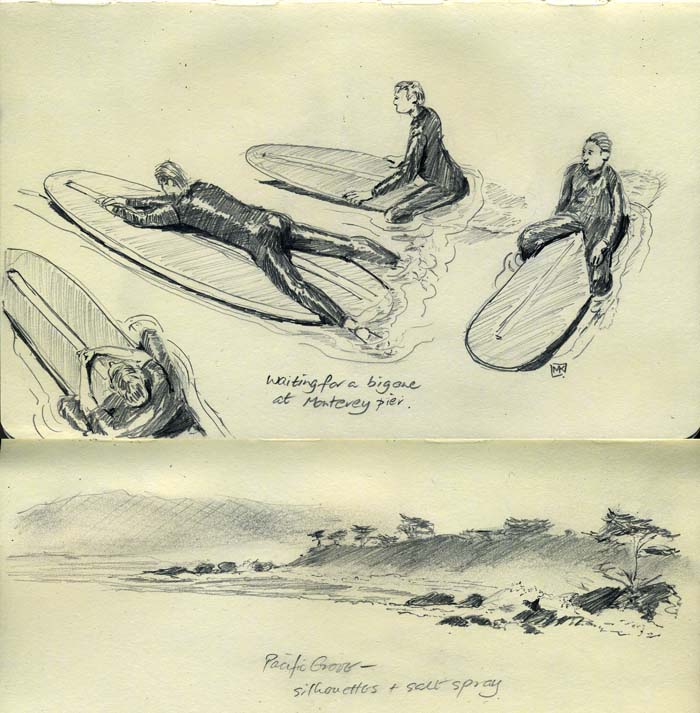 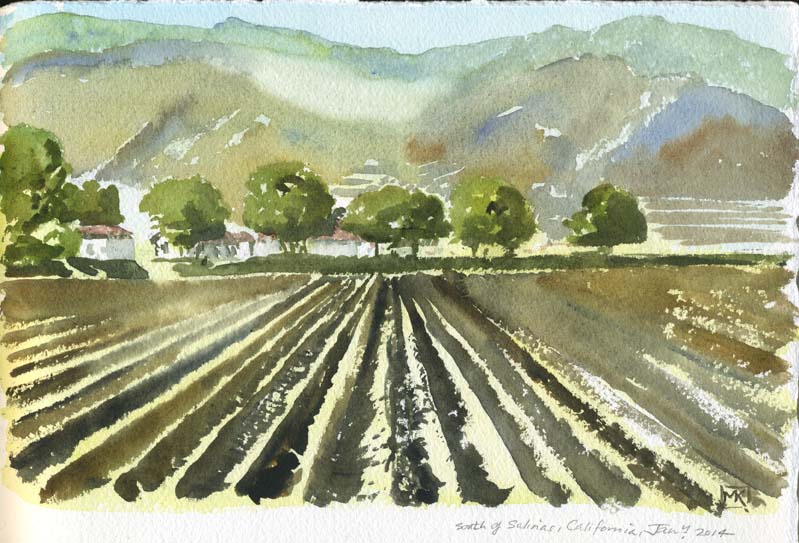 Ploughed winter fields south of Salinas in the curious misty winter light that might be dust or ...? 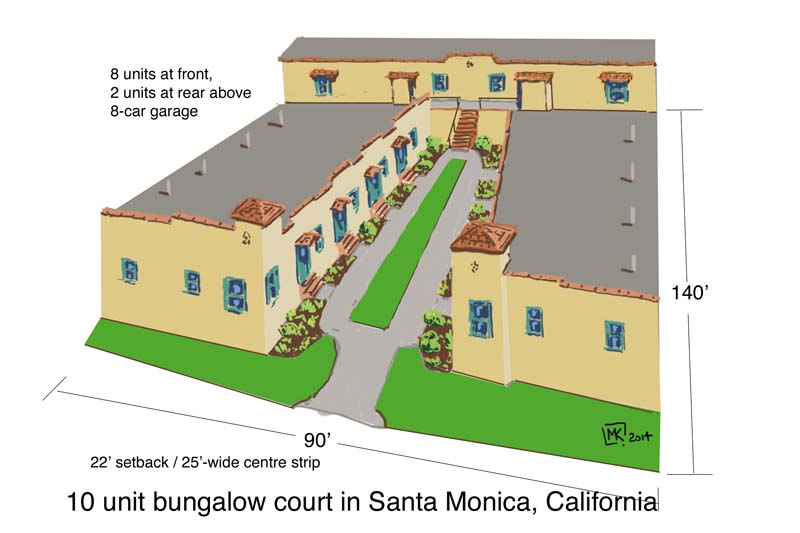 I've eliminated most of the landscaping, as in reality it looked like this ... 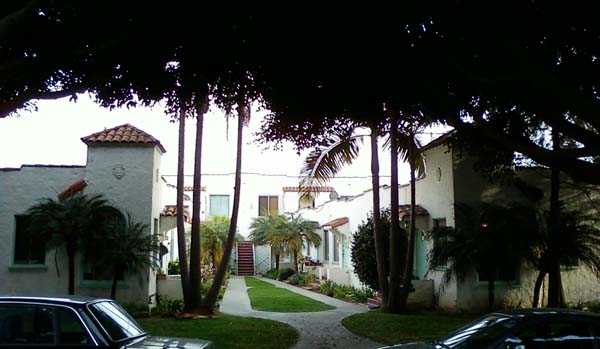 ... and the units had back doors opening onto a 3-foot walkway along the property edges.
Other courts I spotted along the way (they're hard to photograph): 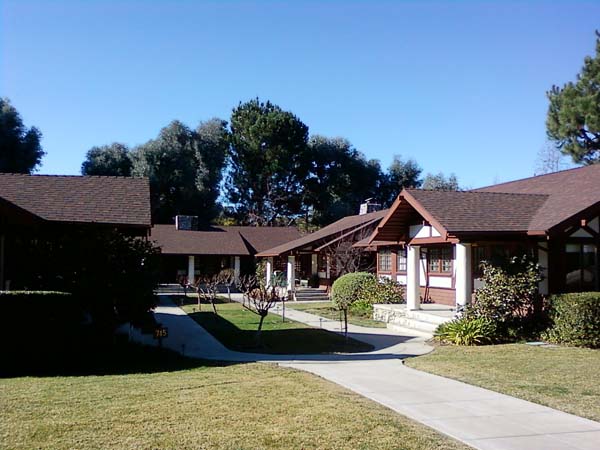 A posh one in Pasadena... 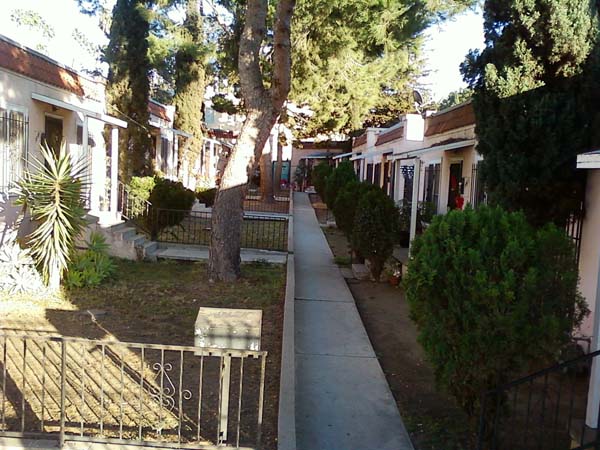 A Spanish Colonial one on Western Avenue in Hollywood ... 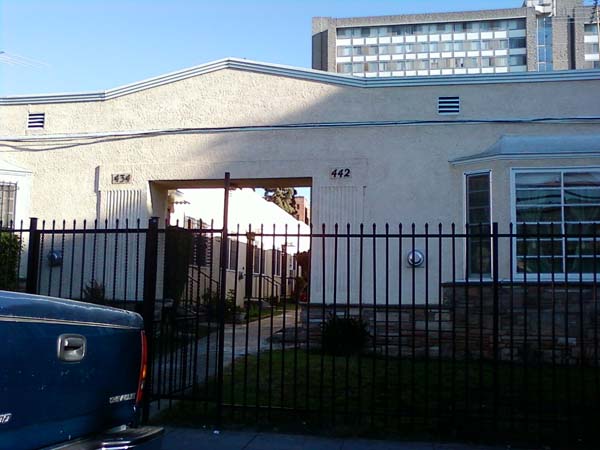 A Deco one in a very poor neighbourhood on Burlington Street in Macarthur Park East... 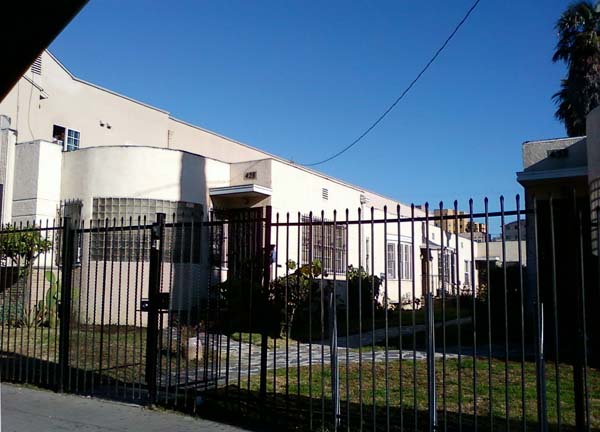 ... and its Streamline Moderne neighbour. The gates obviously indicate the security concerns for the residents in parts of LA.