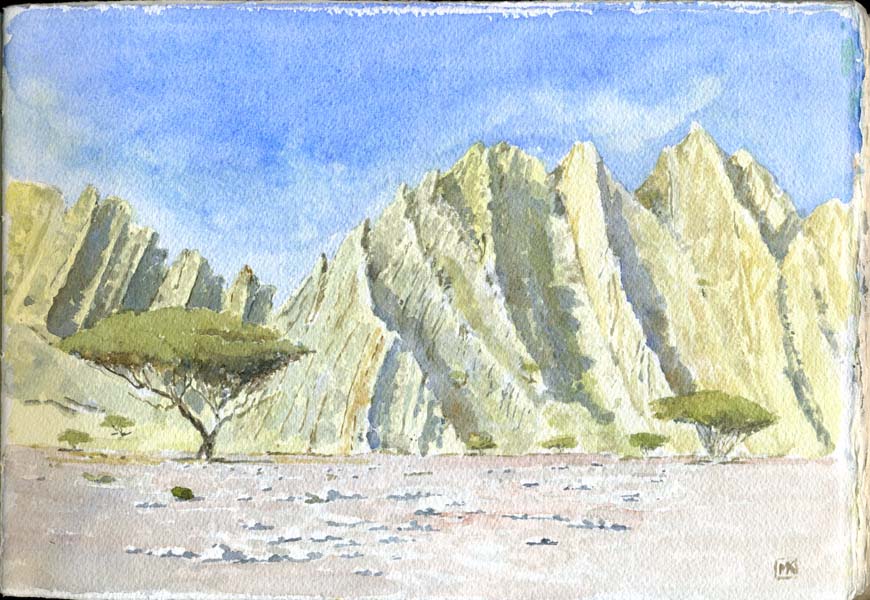 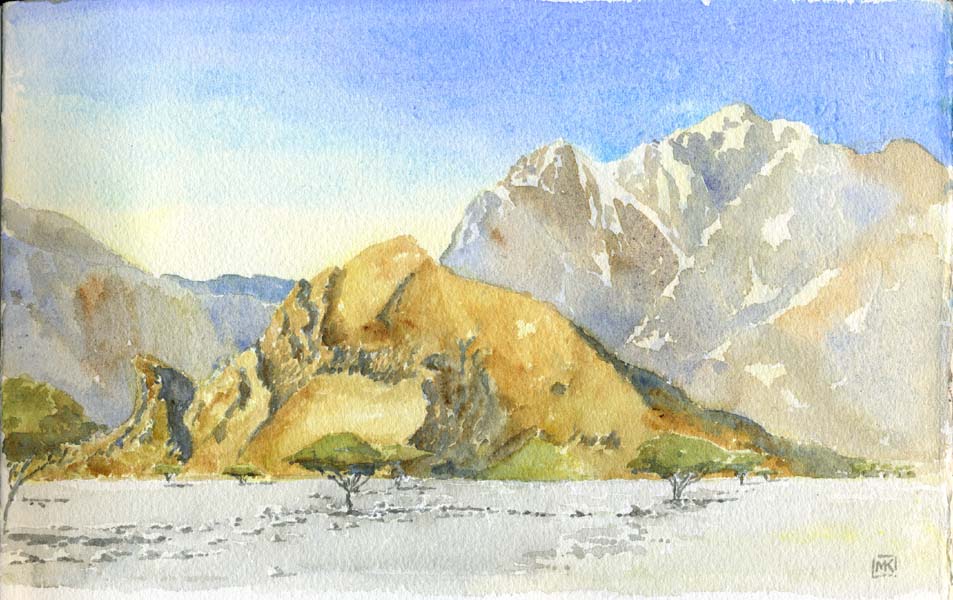 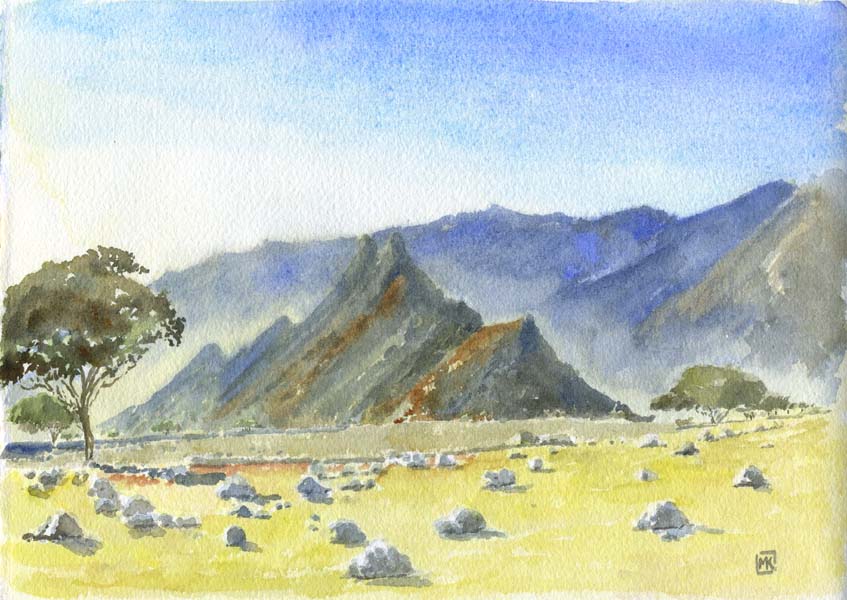 (Above) Three views of Wadi Bih, daubed frantically late one afternoon as the heat went out of the air and the chill of the desert night began to rise from the shadows. 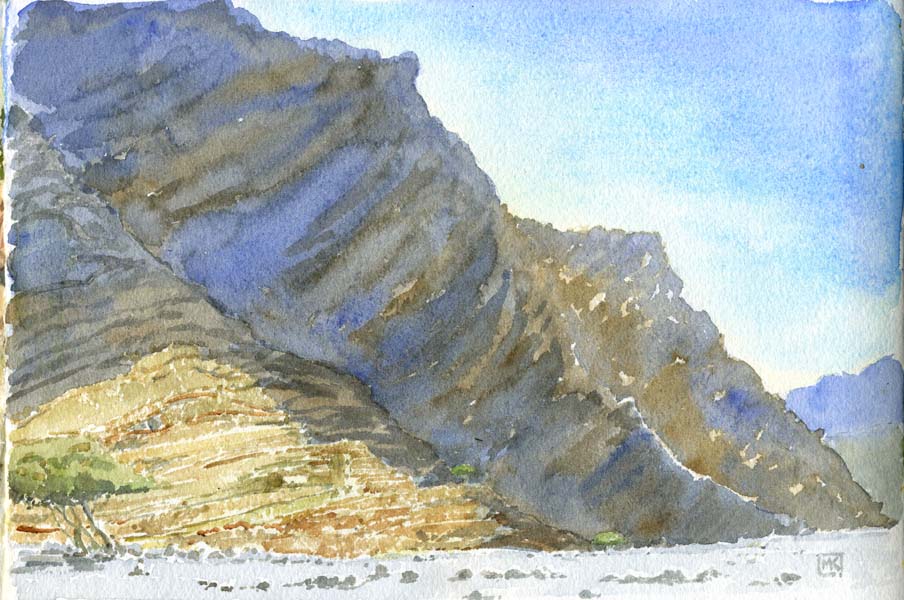 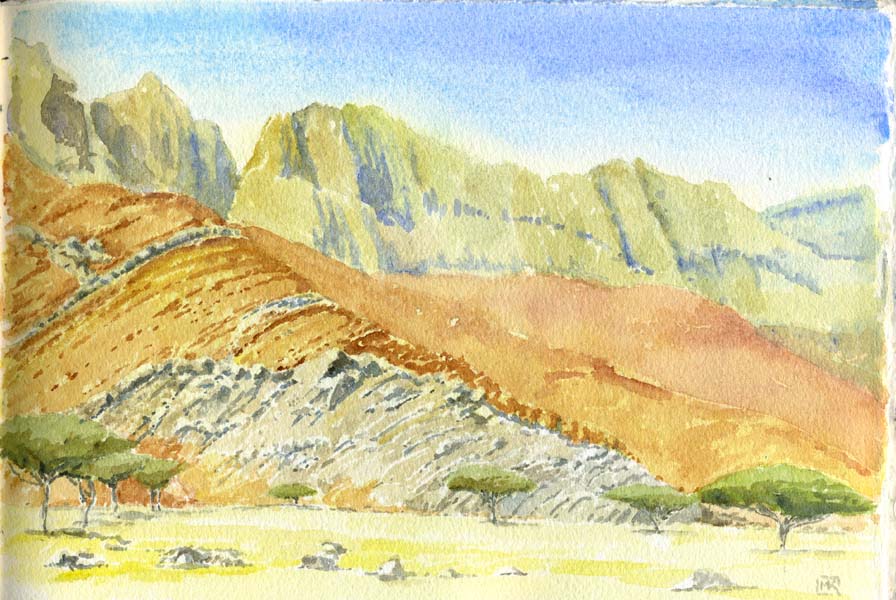 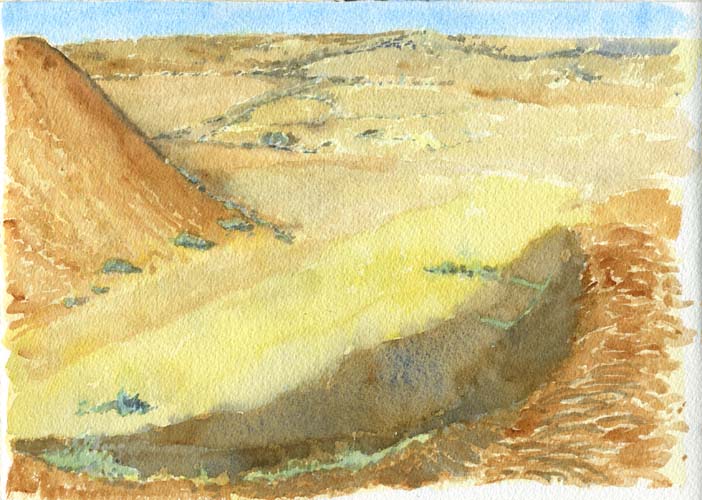 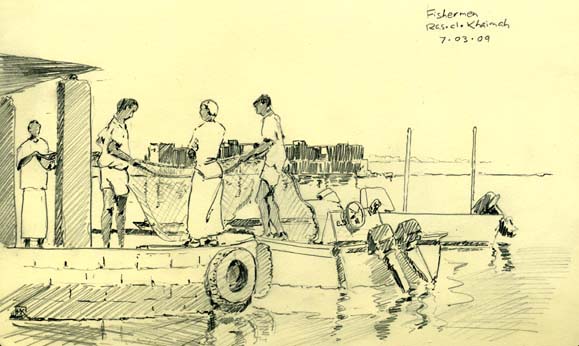 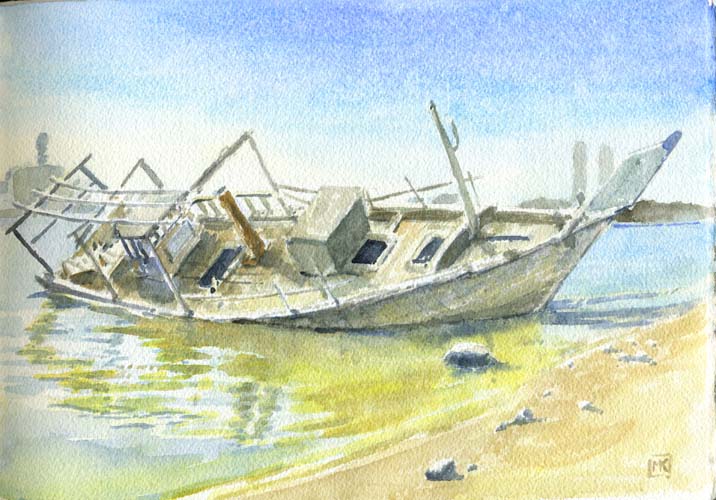 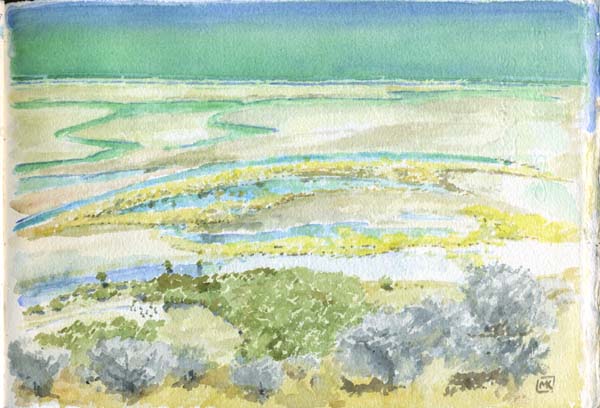 (Above)  South of Ras-al-Khaimah, a pristine beach where a serpentine creek crosses the tidal flats and flamingoes rested in the lagoon. 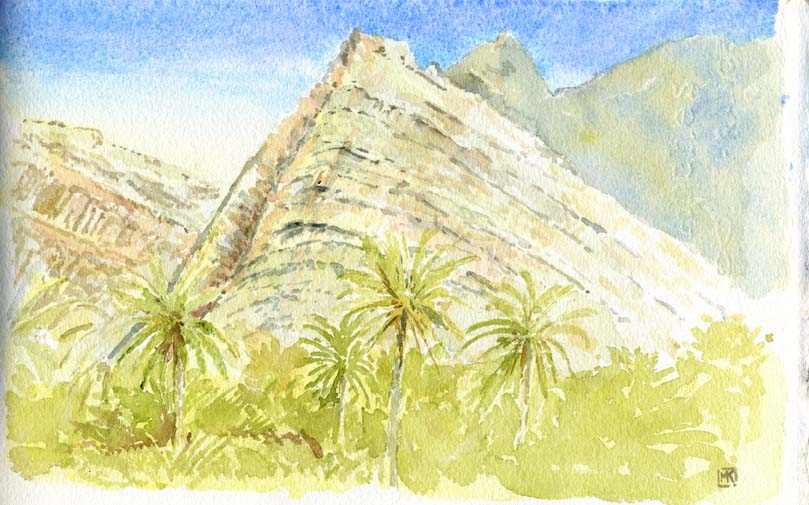 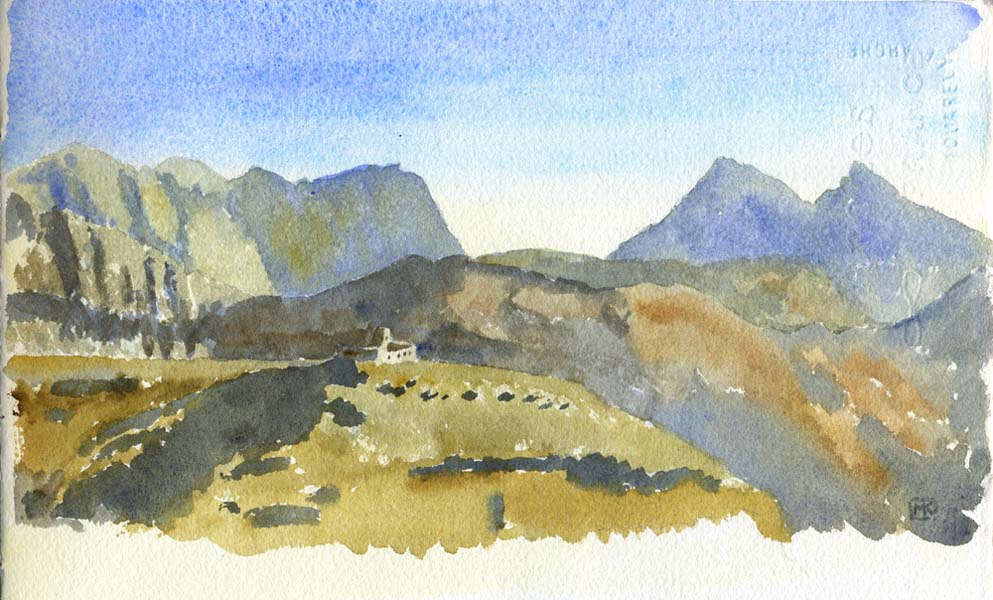