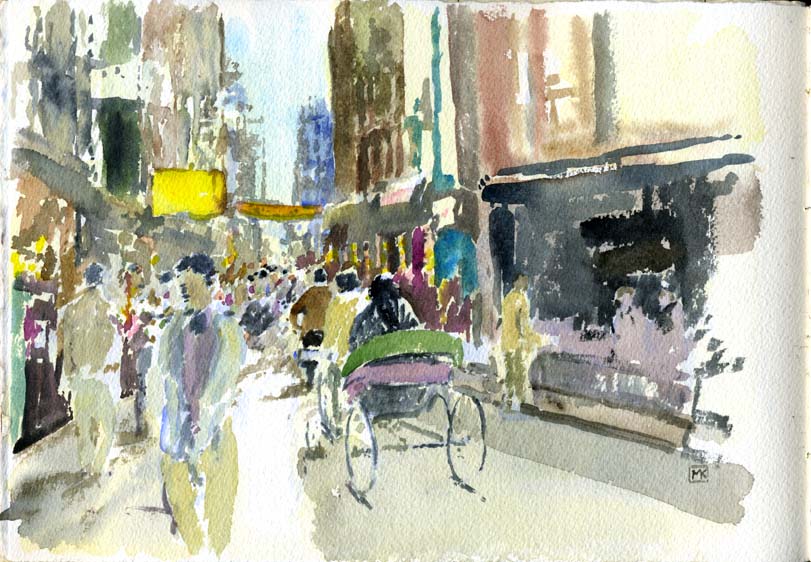 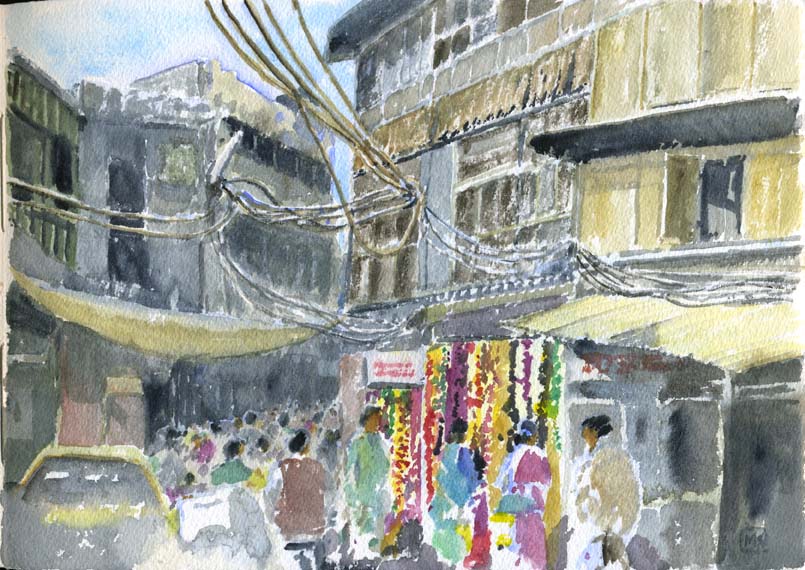 A later addition,  in oils at home: 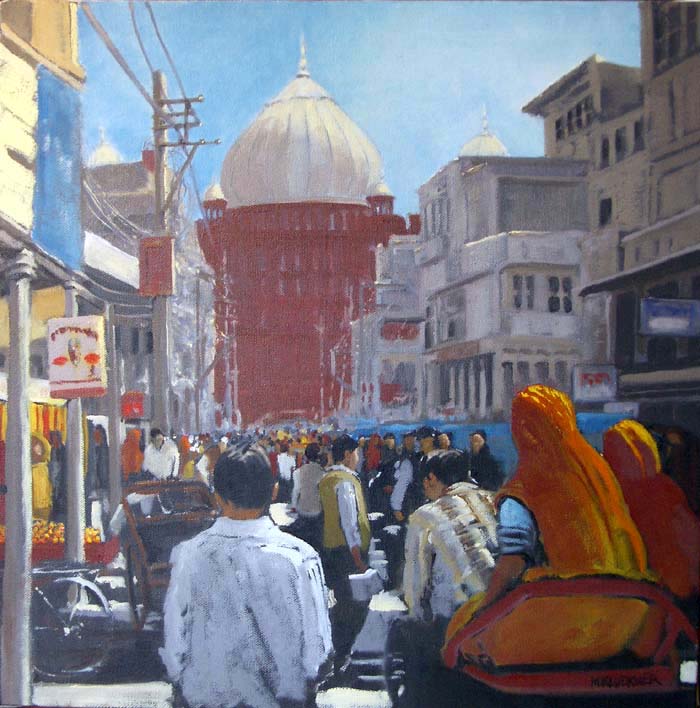 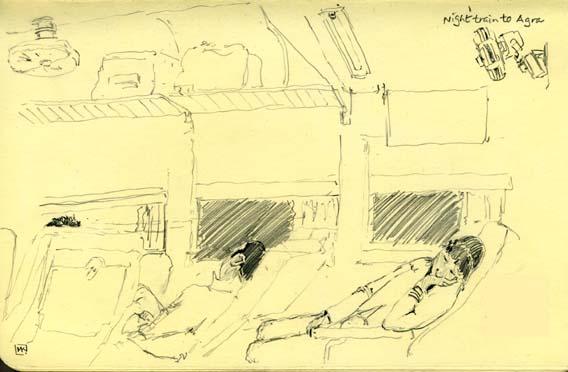 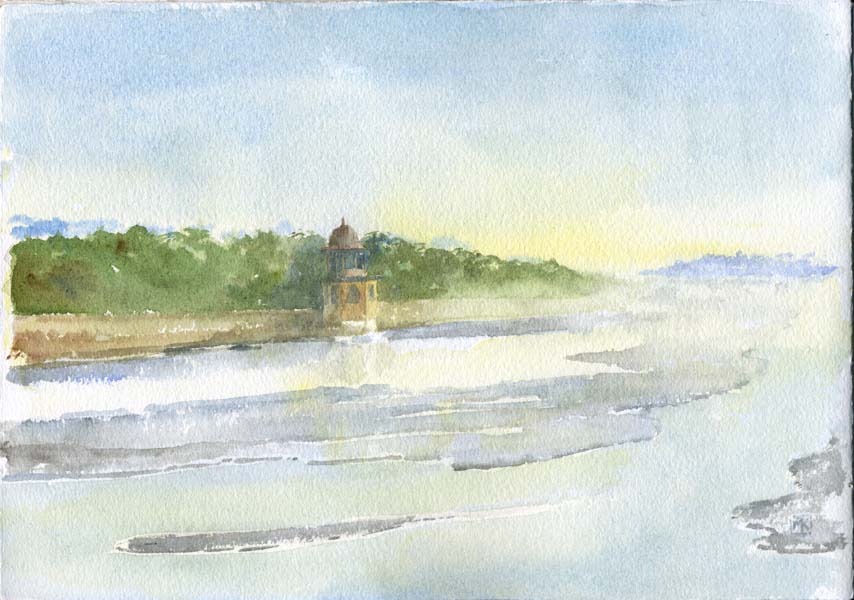 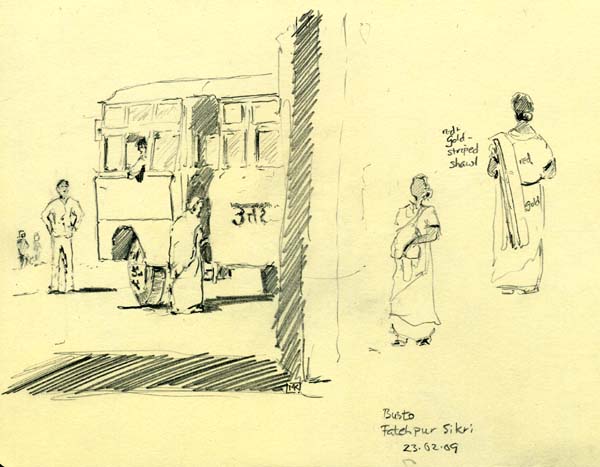 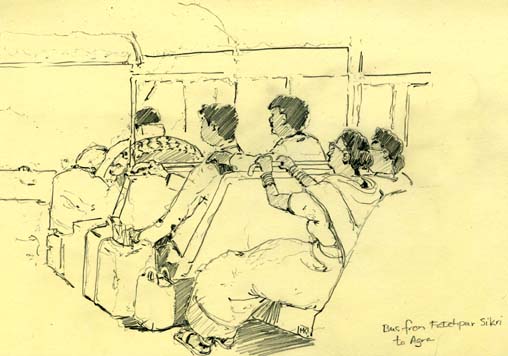 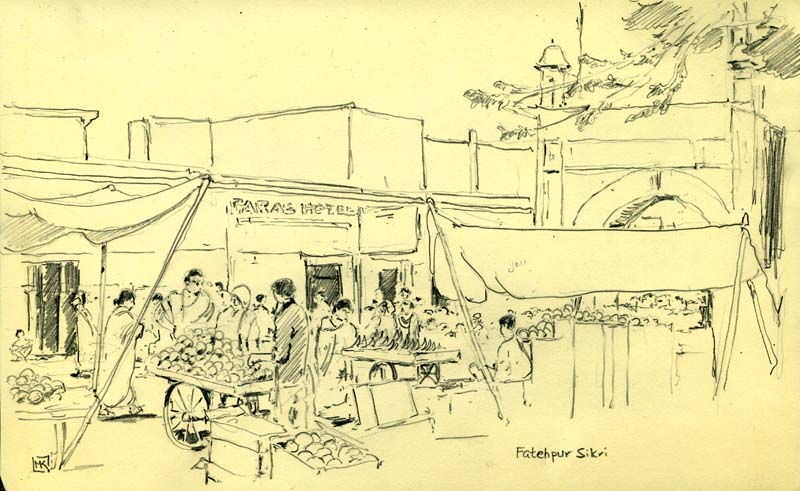 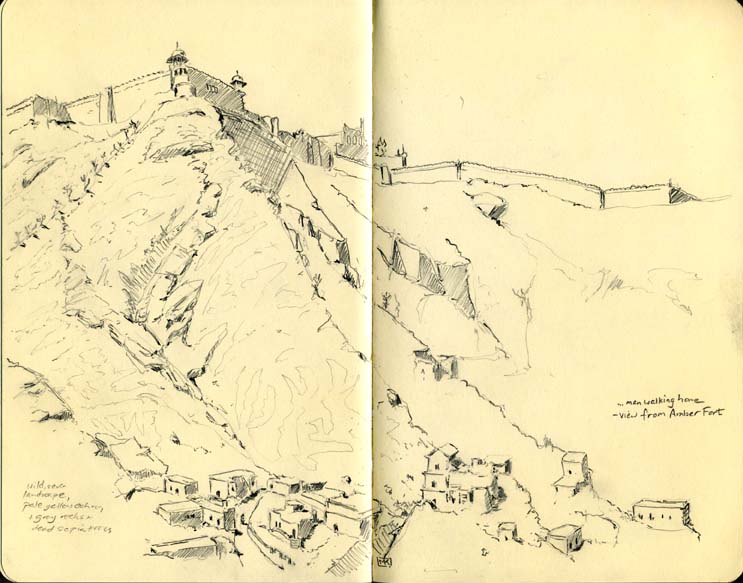 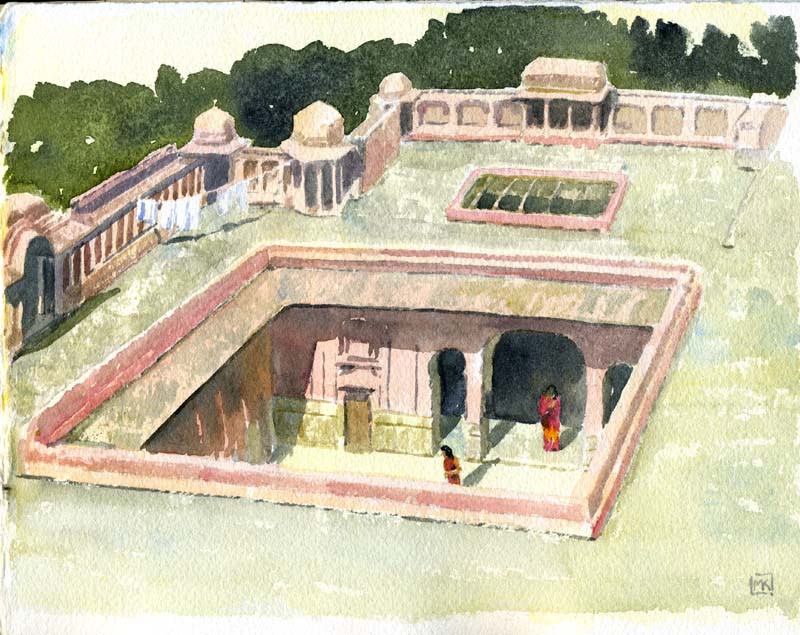 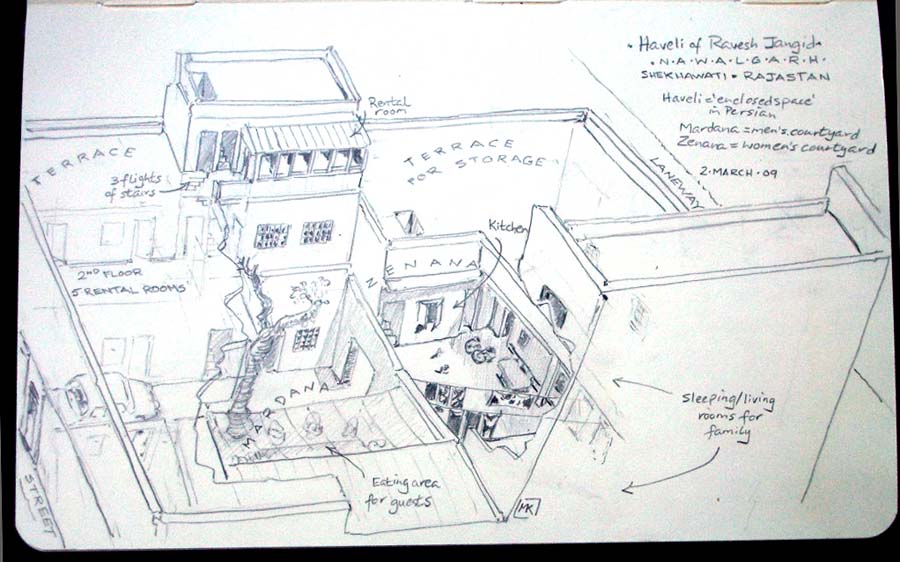 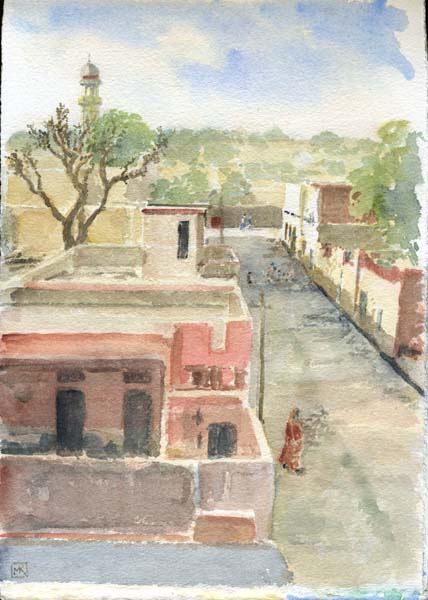 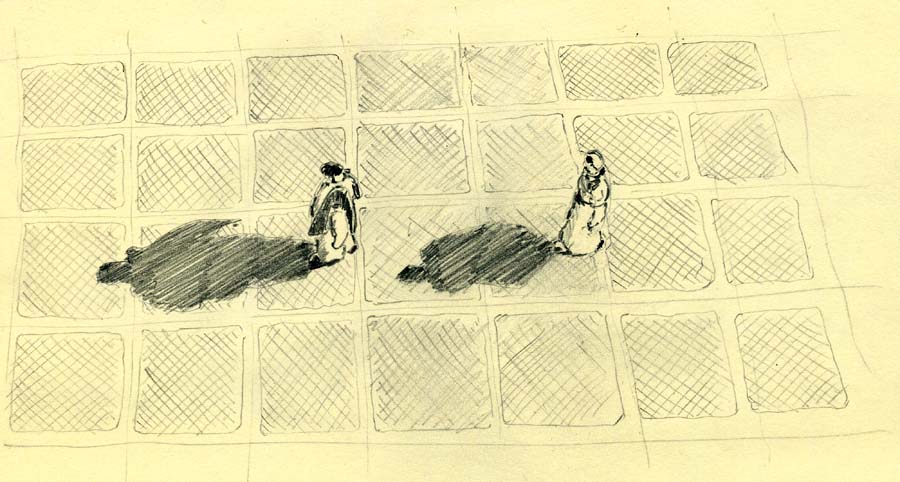 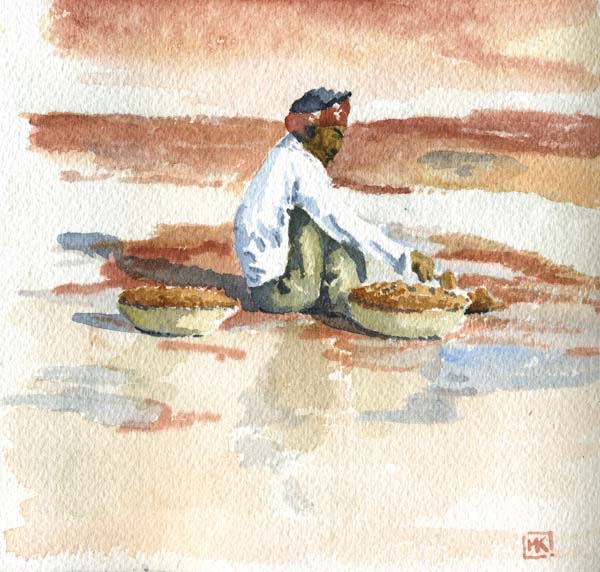 A man rendering the tiled surface of a terrace with terracotta 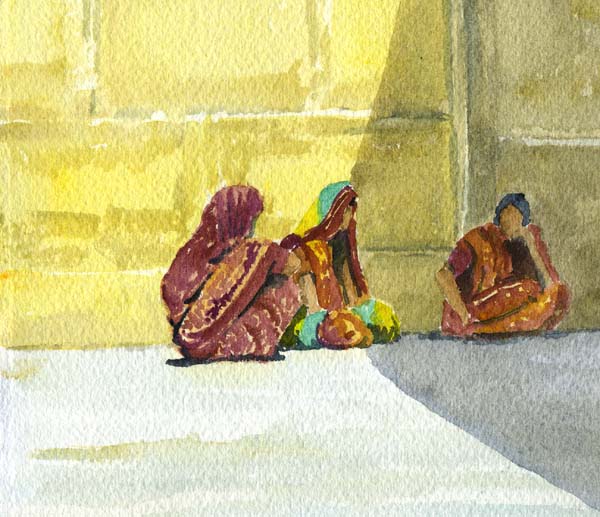 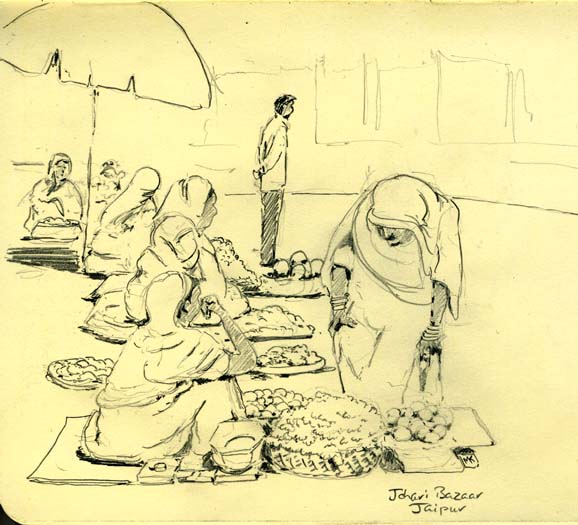 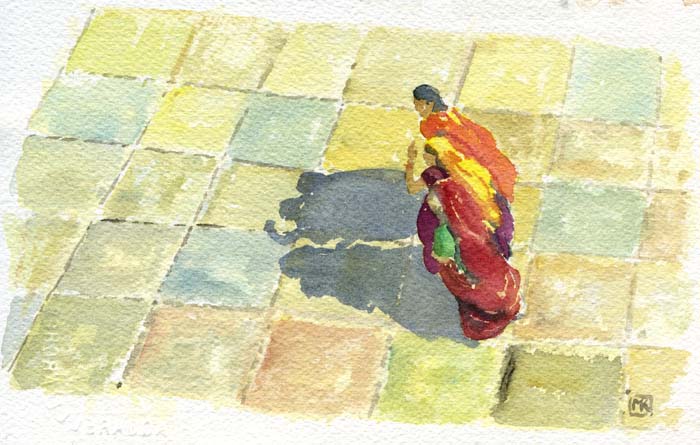 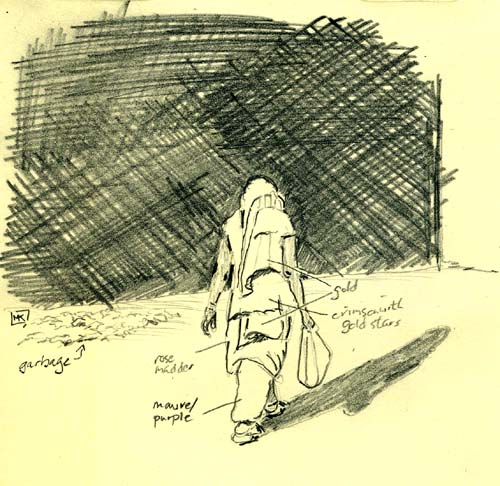 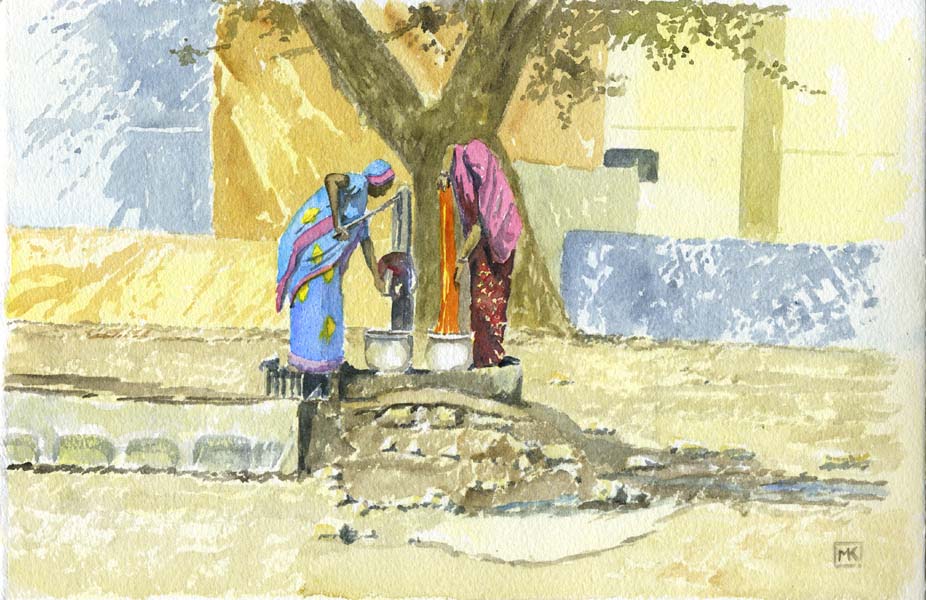 Women washing clothes at the town pump in Amber 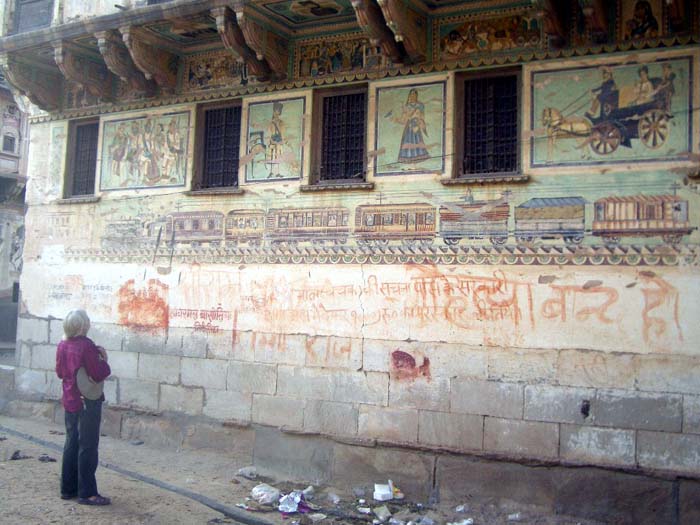 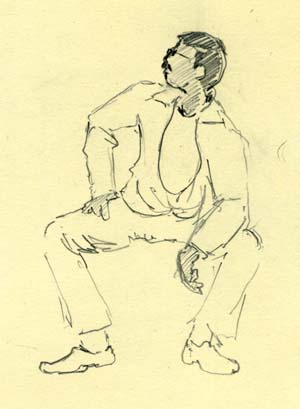