"Tin Cup Annie's" and "Dr. Gomm's house" as they appeared in the 1960s.
Photo by an anonymous provincial government employee. 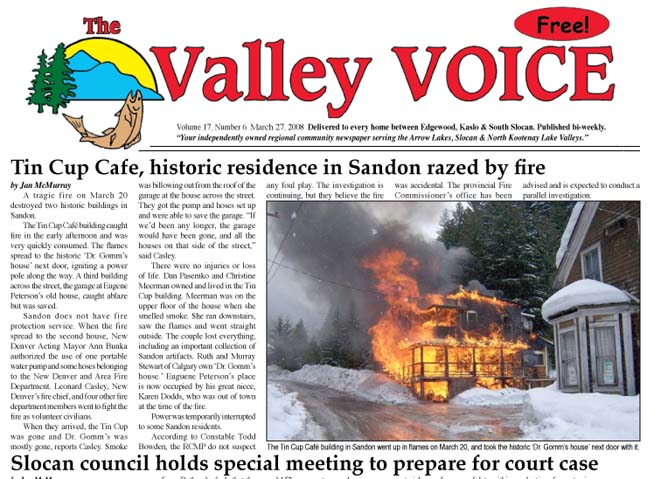 Sandon, 1898, at the peak of its prosperity in the silver boom

Sandon, 1902, being rebuilt after the catastrophic fire. Photographer unknown. Planked-over Carpenter Creek is clearly visible behind the line of houses

I have a graphic novel – "Toshiko" – about this period in BC history.

Sandon in 1941, the condition of the town at the beginning of the internment, photographer unknown. The decking over Carpenter Creek is evident.

Of all the god-forsaken places to be interned, there was Sandon –
colder and more isolated than the other ghost towns of the Kootenays and Boundary country.
Somehow, 933 Japanese-Canadians were shoehorned into Sandon's dilapidated buildings for the duration of the war.
I believe this was the Buddhist internment centre: Japanese-Canadians of the various Christian denominations were located in the other camps. 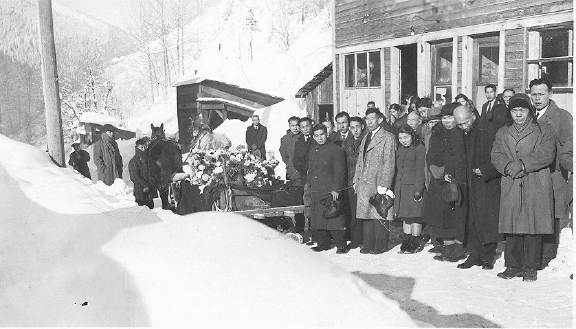 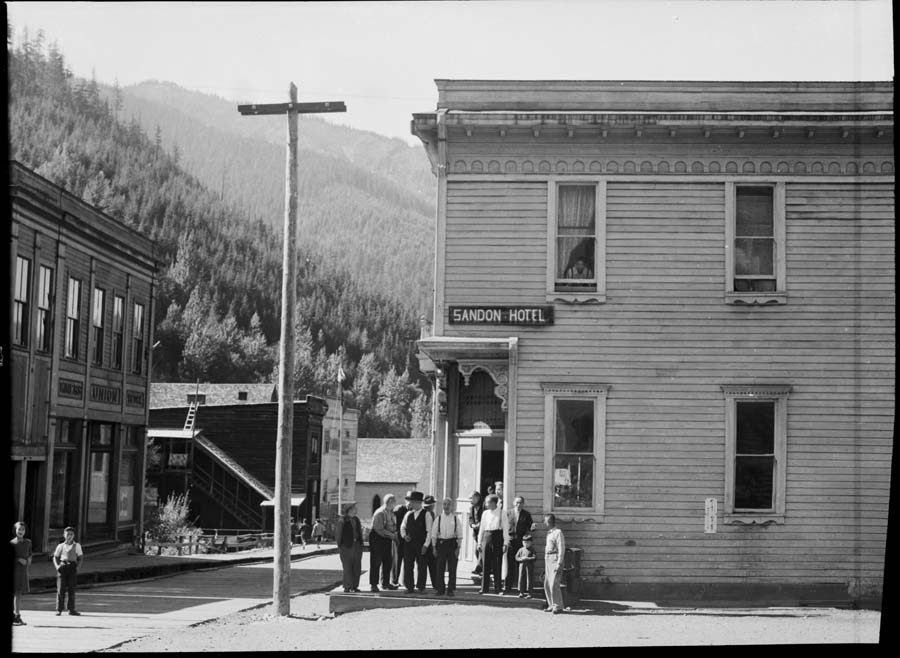 Photo from the Sun archives, c. 1943 (thanks to John Mackie)